About Princesses and the Milky Way and Falling Stars. 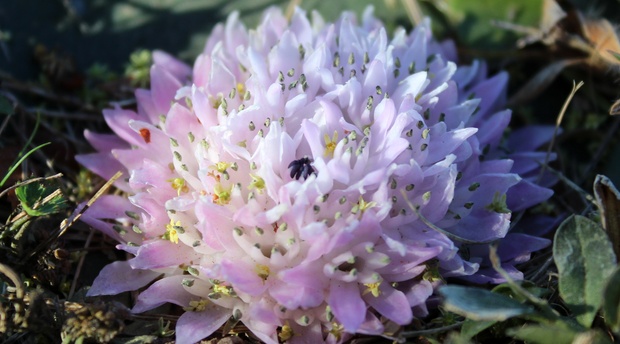 “Massonia Jasminiflora is quite distinctive, with umbels of purest white or pink flowers, each one 1.2-2.8cm long, with green, blue, deep purple or almost black anthers. As the name suggests, the flowers are highly perfumed, suggestive of Jasmine”

Some years ago we noticed some absolutely beautiful small flowers in the grass at the bottom of the garden. Meaning to get some information, the hectic pace of running a busy bustling tourism business took precedence. Recently we had some guests in our newly completed SkyWind Cottages, booked into Quail Cottage. Being lovers of all things beautiful, they were out on the Quail Cottage patio at 3:30 in the morning to star gaze, and were blown away by the stars here at Amohela. So we showed them our “stars on the ground “and subsequently our guests asked for identification of the stunning little star flowers. We took to our good storehouse of books but found no match. Google next but with no name it proved difficult, next our knowledgeable botanist neighbour. Having lived here some 50 years and a passionate lover of indigenous plants, particularly in this magical area, the pictures were mailed off to her. Within minutes we had the answer, Massonia Jasminiflora. Back to Google and there it all was. 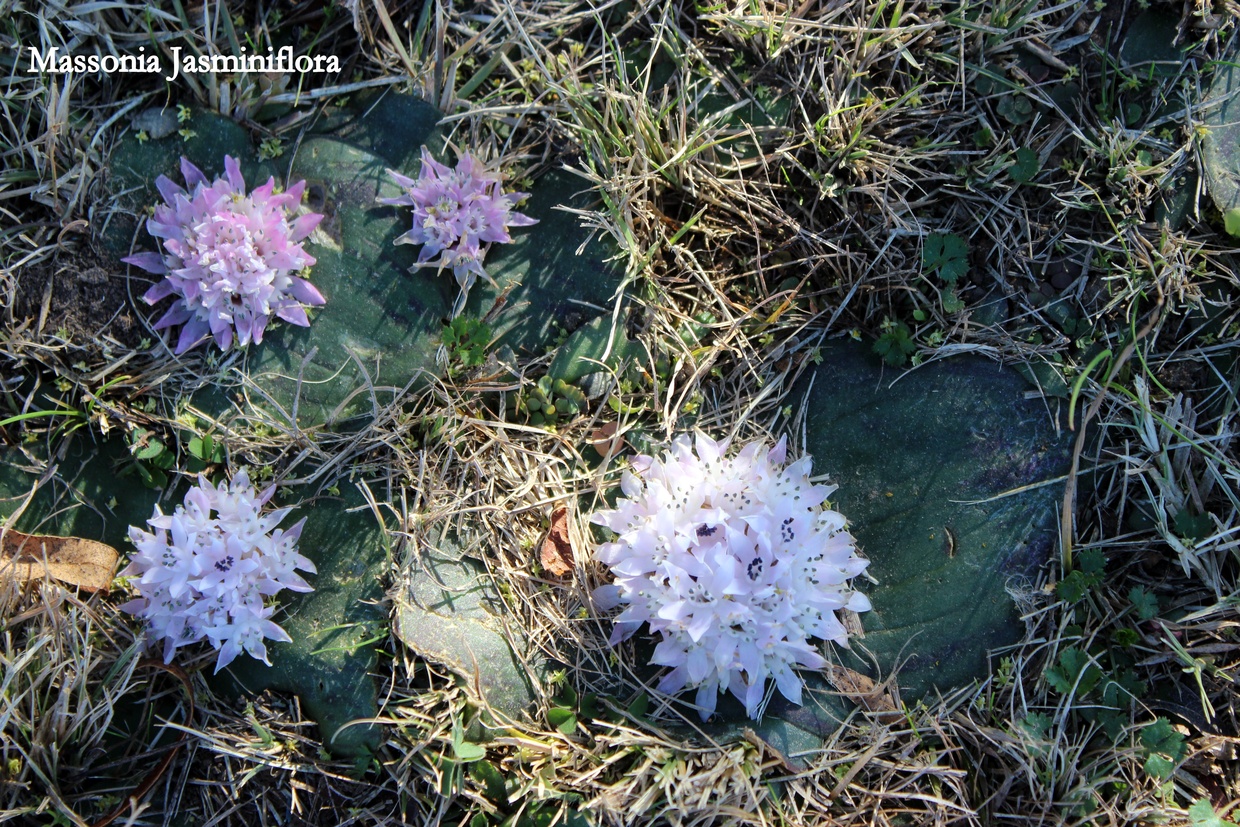 “Massonia Jasminiflora comes from the summer rainfall areas of Cape Province, Free State and Lesotho; further east than most other species”

“M. Jasminiflora is quite distinctive, with umbels of purest white or pink flowers, each one 1.2-2.8cm long, with green, blue, deep purple or almost black anthers.  As the name suggests, the flowers are highly perfumed, suggestive of Jasmine” 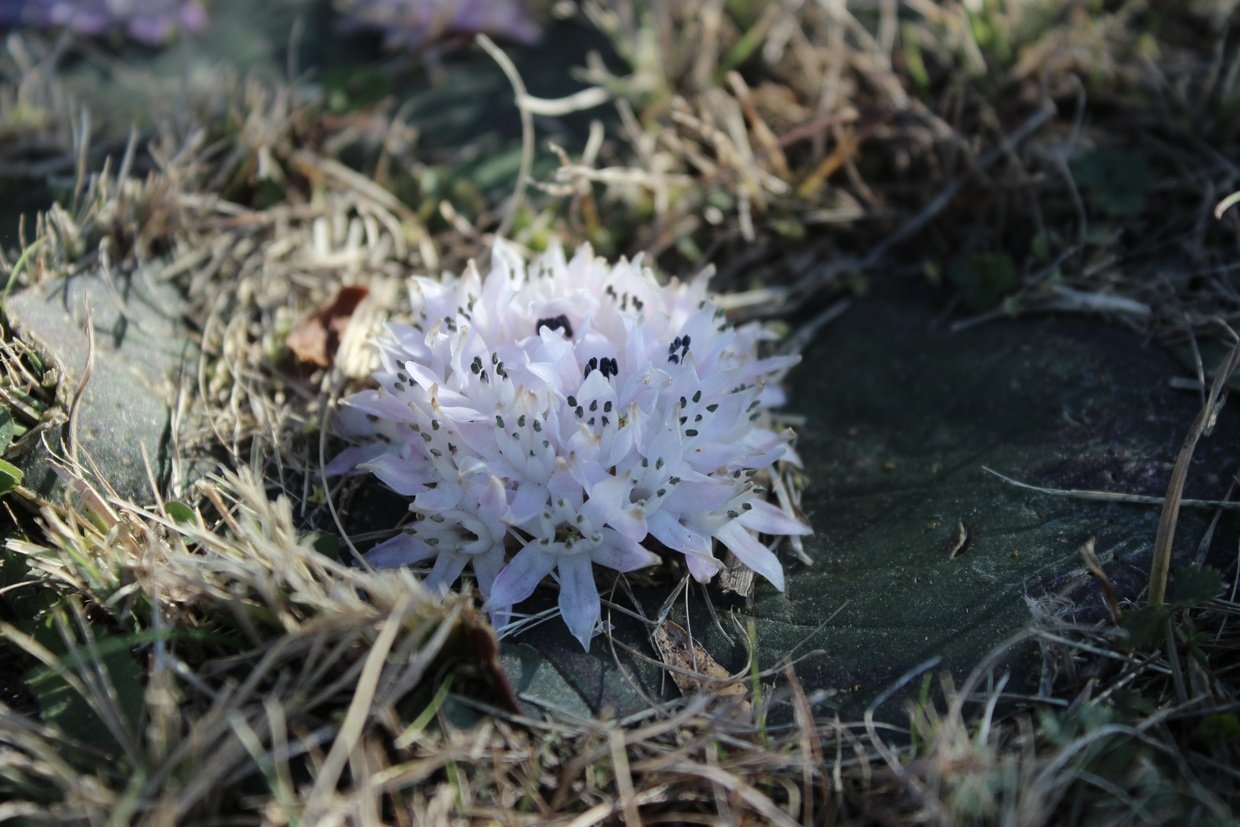 “Massonia is a genus in the family Hyacinthaceae or Asparagaceae according to APG III. It was named for Francis Masson, a Scottish student gardener at Kew who was sent to the Cape by Sir Joseph Banks in 1772 to collect seeds”

So quite a hunt considering these beautiful little star flowers were sought after from so far afield and way back in 1772.

However, here at Amohela we know more about these flowers. Amohela ho Spitskop has two Princesses that visit every so often, one of whom is named Princess Jasmin-Star. When she was six she was outdoors and gazed up at the stars in delight, loving the starlight and the blaze of the Milky Way across the skies. And then she looked down and saw the most beautiful little stars flowers on the ground at her feet. She went down on her knees to gently stroke the stunning little plants.THEN WE KNEW. When Princess Jasmin-Star looked up at the heavens she loved the stars so much that some stars from the Milky Way fell down from heaven and fell at her feet, where they grow to this day in the Dassie House garden, the soft sweet smell of jasmine filling the night air in winter months.Here they are known as Jasmin-Stars. 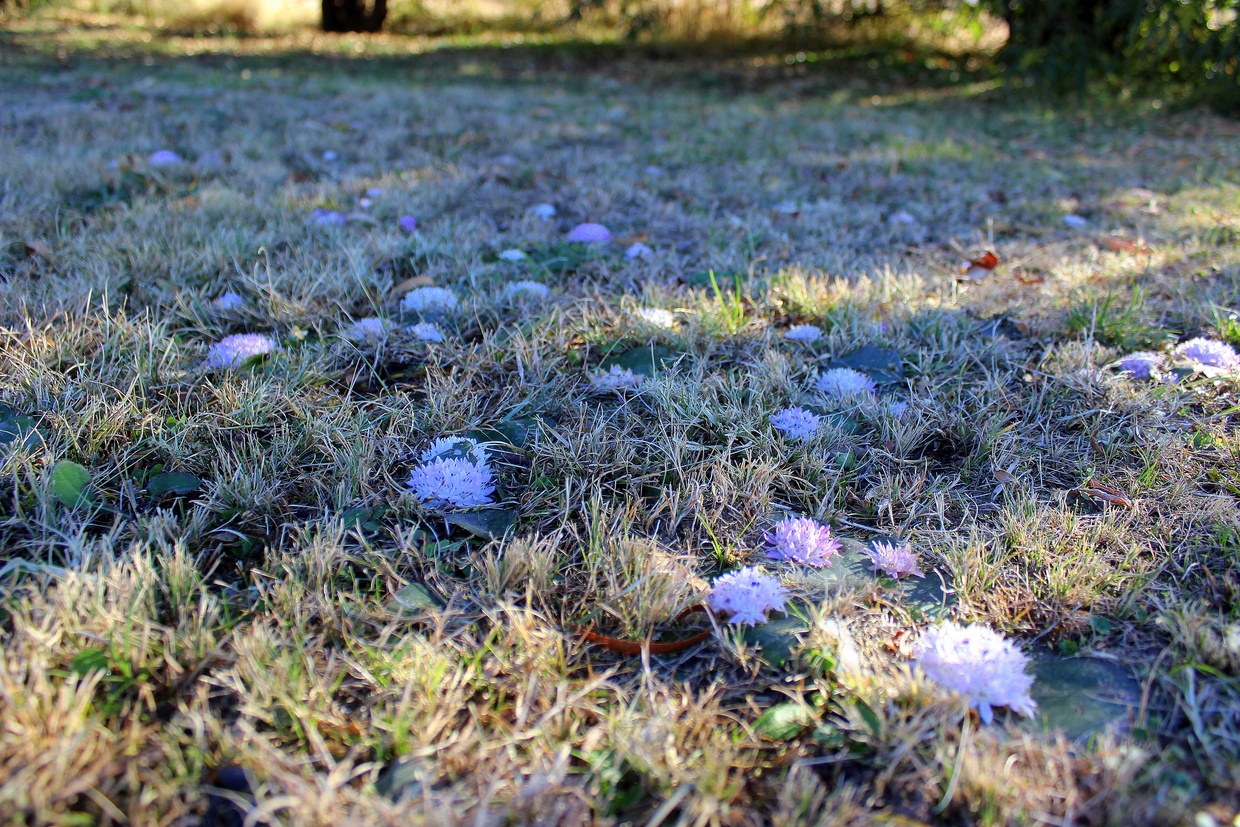