Amohela ho Spitskop- The Re-Wilding of a mountain - A Conservancy is born. 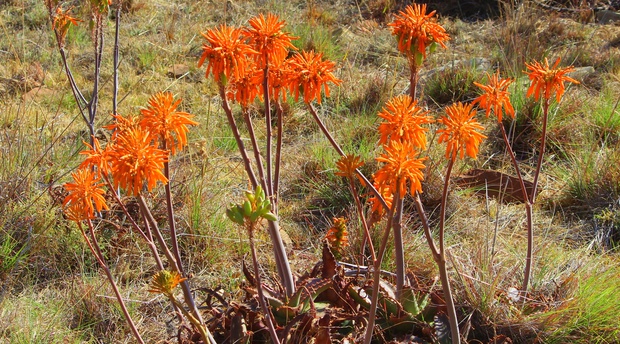 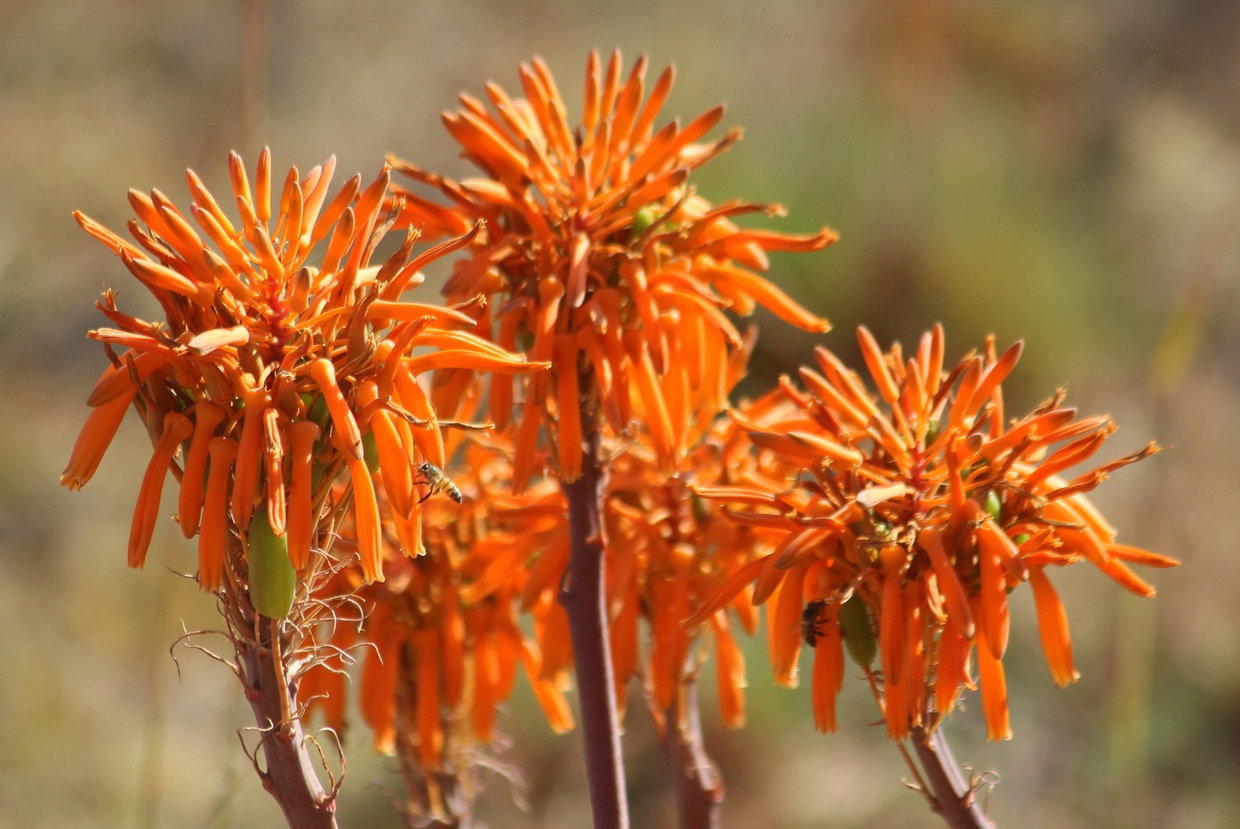 In 2003 we were overjoyed to find growing just one coral aloe ( Aloe Maculata) on the warm west side of the mountain, where later Josephs Steps were discovered.

The farm, let for some time & previously neglected, soil poisoned by years of commercial farming with toxic sprays and chemical fertilizers, and thus we found and overgrazed, sad, silent place.

The mountain ravaged by over foraging for medicinal plants, indigenous trees and shrubs nigh destroyed by wood hunters, the small mammals and antelope that naturally populate these farmland areas, unprotected, had been nearly wiped out, and we removed in those first months over 300 snares from the mountain.

The small slice to the back of the mountain had been sold off, and negotiations started with a difficult and somewhat arrogant neighbour to buy this back, for the only way we could protect the mountain…was to own all of it, and we finally, having paid a much over inflated price, were the proud owners of the whole mountain.

And so the healing began. 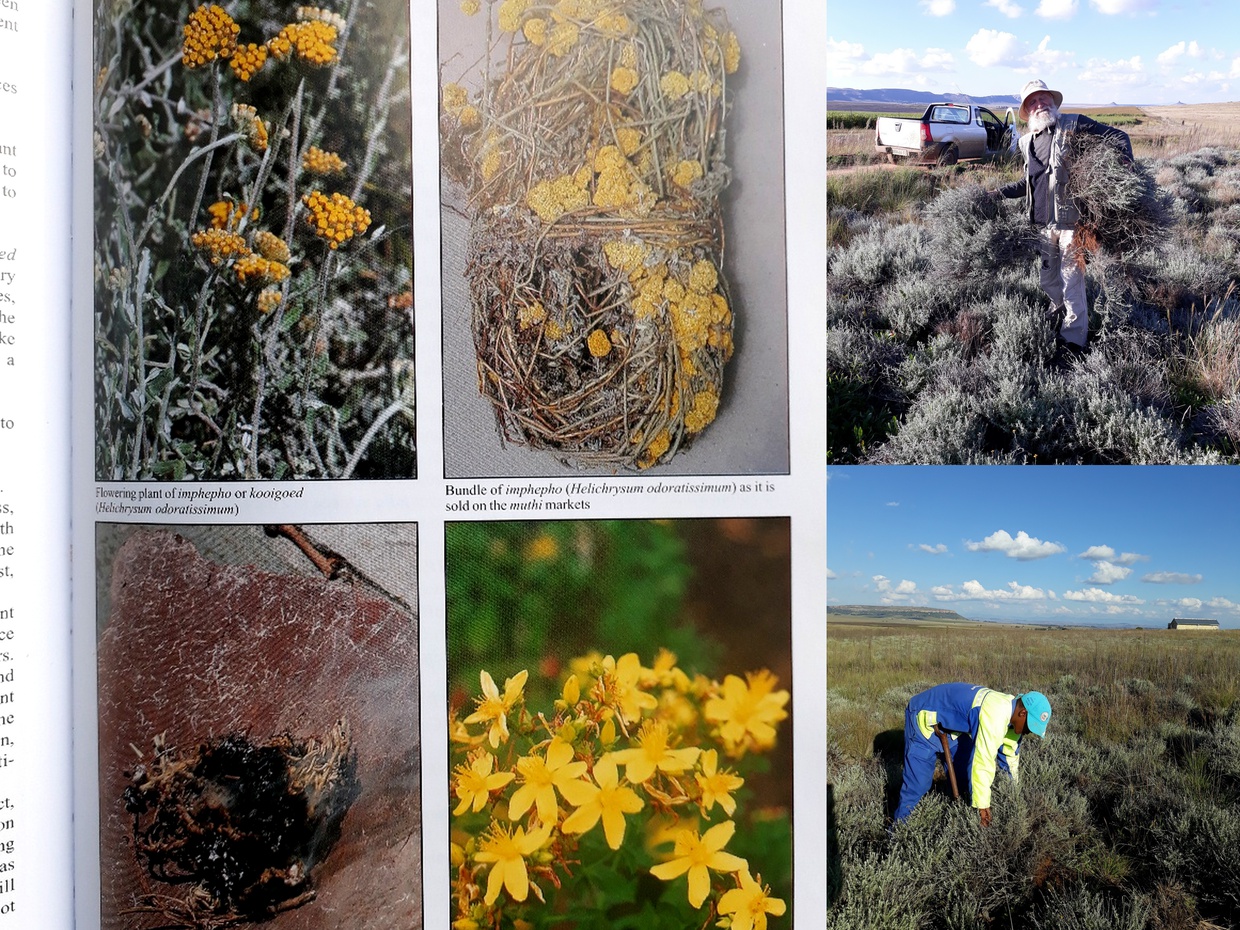 Helichchrysum Odoratissimum grows in great beautiful grey proliferation on the re-wilded  Conservancy, and we can forage and harvest for medicinal teas and tissanes, smudging and other.

The mountain OUR MOUNTAIN is now filled with great burrows where porcupine slumber in daylight hours, only to go foraging at night on plants and herbs rich in nutrients and now growing strongly all over the Conservancy. 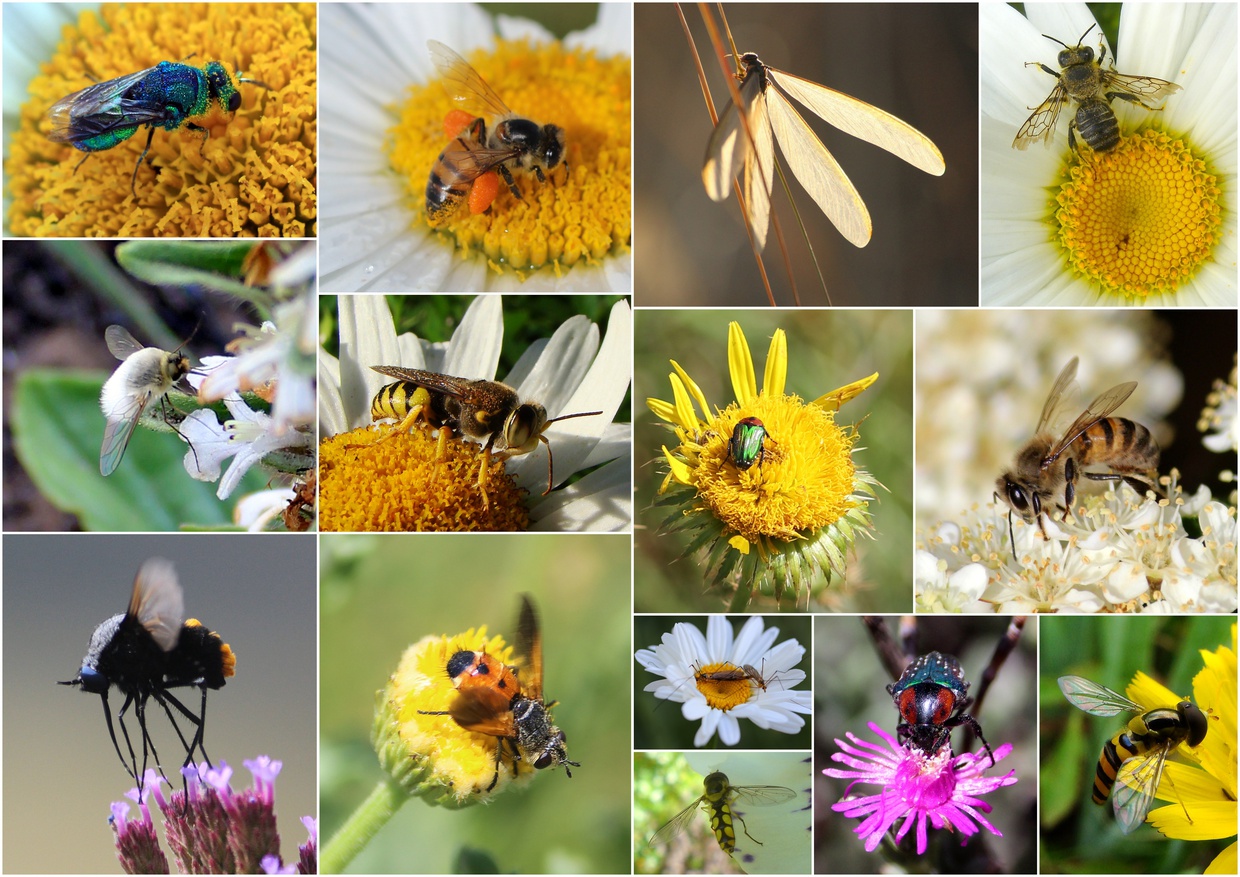 We are excited to have aardvark returned to the Conservancy in the last months as well as spring hare, not seen for some years, and small mammals proliferate, ground squirrels keep us in laughter with their antics, wild pollinators are seen on all the magnificent wild and native plants, the deep silence has as its background frogs, toads, crickets, birds and much more that quietly fill up the healed and re-wilded space that is Spitskop.

In 2003 we were overjoyed to find growing just one coral aloe ( Aloe Maculata) on the warm west side of the mountain, where later Josephs Steps were discovered. 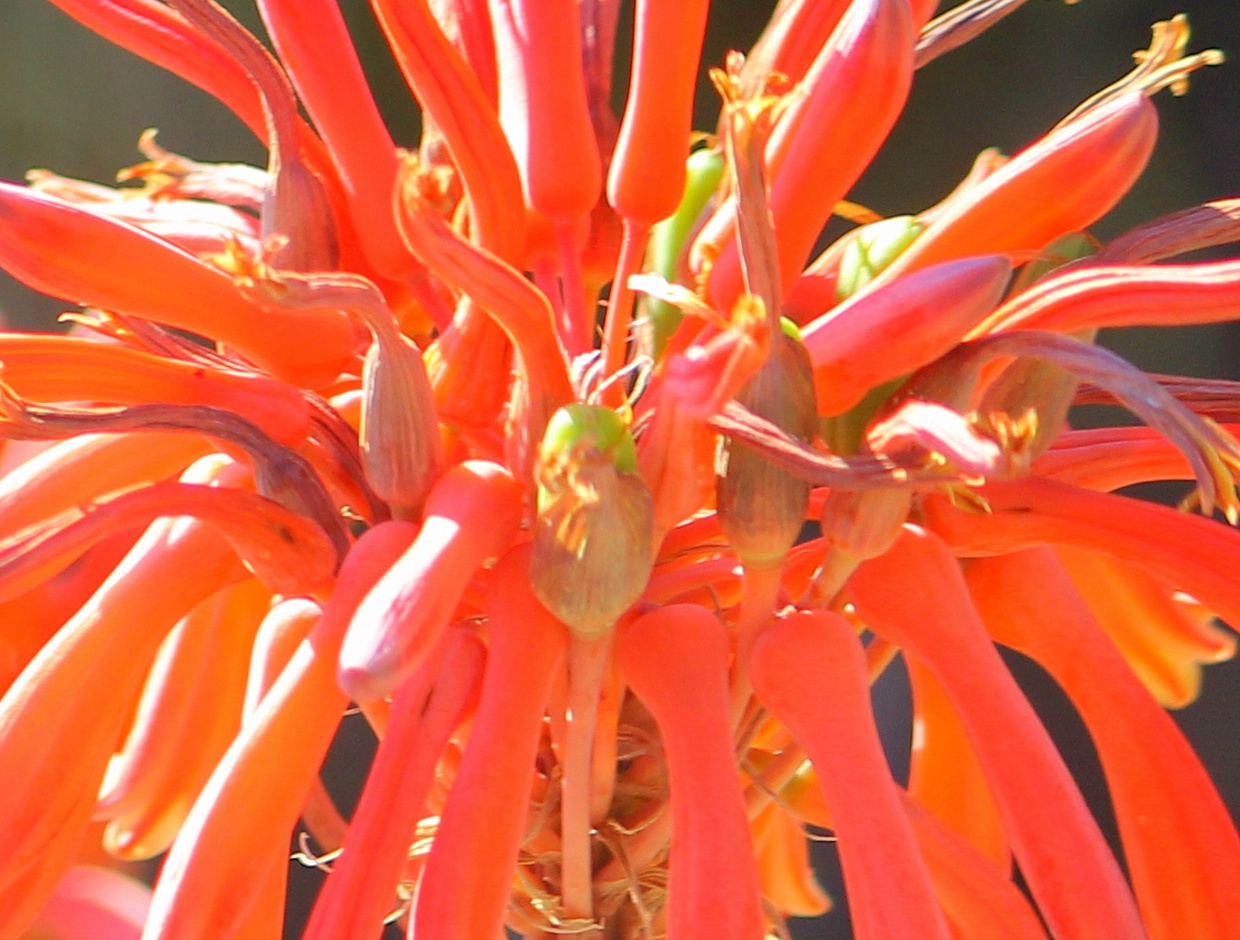 This year in aloe season, Allen spent some time in the mountain taking photos of hundreds of magnificent Aloe Maculata, in all their splendour and colour and vibrancy, on the slopes of Spitskop Mountain below the ancient Josephs Steps, growing amongst the beautiful parlsey tree, ( heteromorpha arborescens) cross berry/kruisbessie ( grewia occidentalis) many rhus species, wild white stinkwood and many other awesome native plants that grow safe and strong in the re-wilded Amohela-ho-Spitskop Registered Conservancy.