Born with the Dinosaurs. 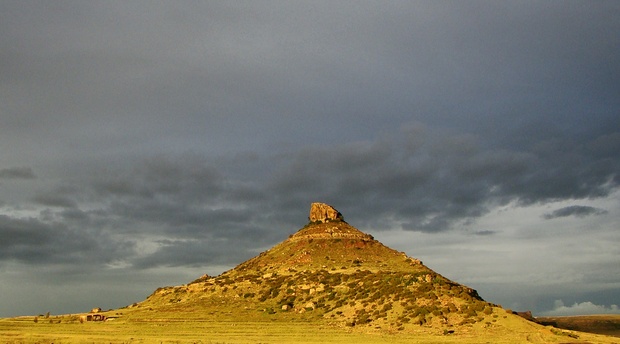 Come walk with us where Dinosaurs roamed.
When you stand at the "look-out” on Spitskop & gaze around it is not difficult to imagine huge Dinosaurs feeding in the fertile valley below. Close your eyes & listen to the ghosts of the past, they were nearby, evidence proves that, so surely they were here too.
And, during your visit, why not spend some time, even take a picnic up on the mountain & dream awhile ---after all it is not often that your tablecloth can be 200 million years old ! 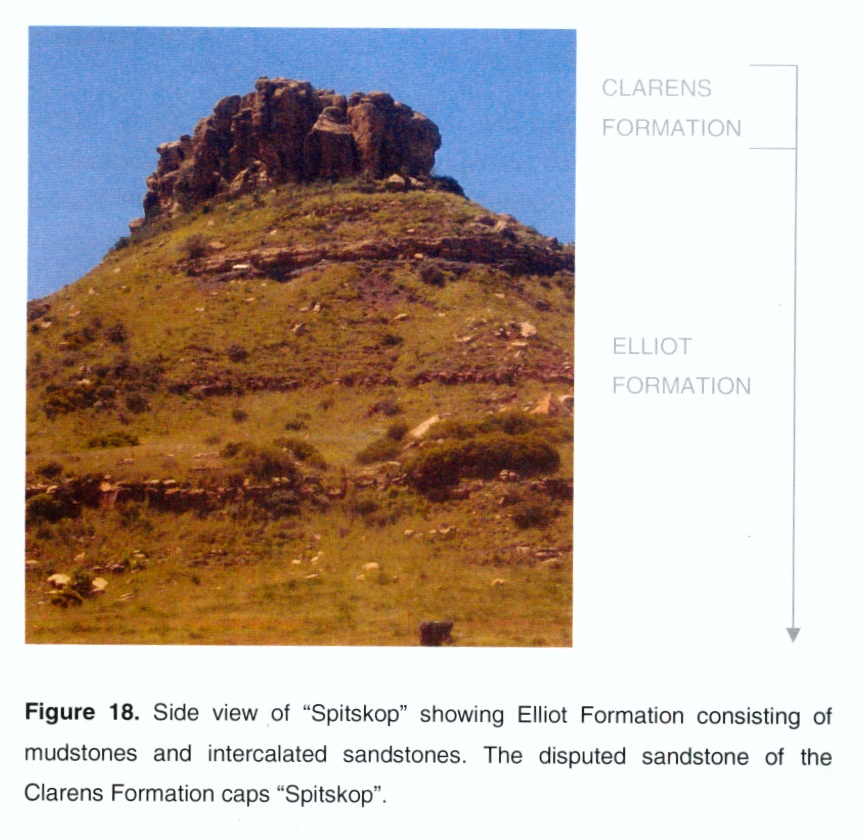 We are often asked about the geological history of our little mountain & hopefully this will cast some light on the subject.----- for this information we are indebted to a dear friend Nico Scholtz

Do you recall the movie Jurassic Park? Well our Spitskop mountain was born in the period of late Triassic into Jurassic period some 200 million years ago when Dinosaurs ruled. For the next 100 million years these giants were much in evidence in this region favouring the fine grained sandstone dunes of what is known as the Clarens Formation.The cap on top of Spitskop was formed in that time whilst the lower portion began earlier in the Elliot Formation.

Sadly we have not found any Dinosaur fossils or footprints here but they can be seen across the border in Lesotho, you will need a passport to get there.

It seems that not only the giants shared this area but fossils have been found of a smaller 6 metre long herbivore named Massospondylus as well as some fish of the Semionotus species who were trapped in small  lakes that dried out when the weather patterns changed & the landscape became a desert. 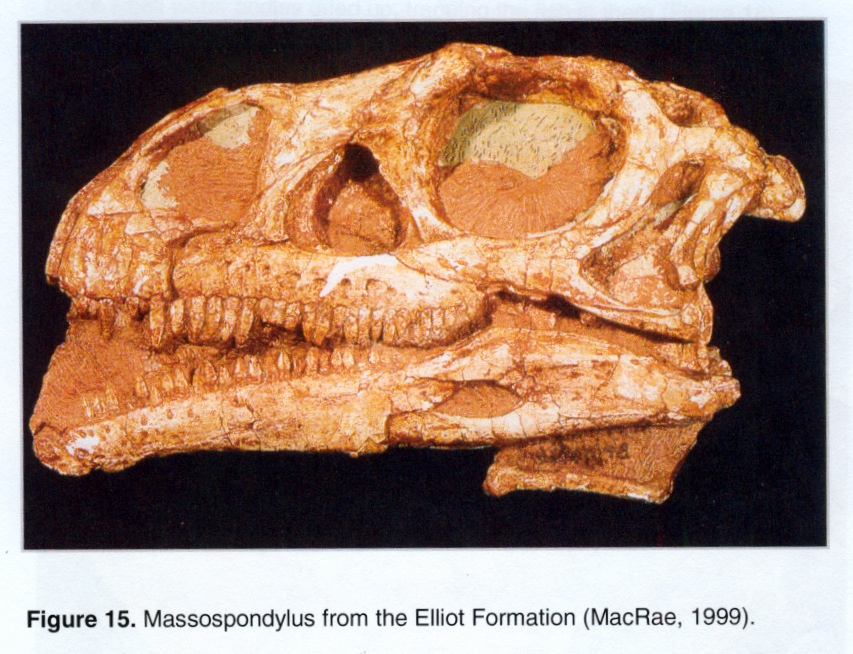 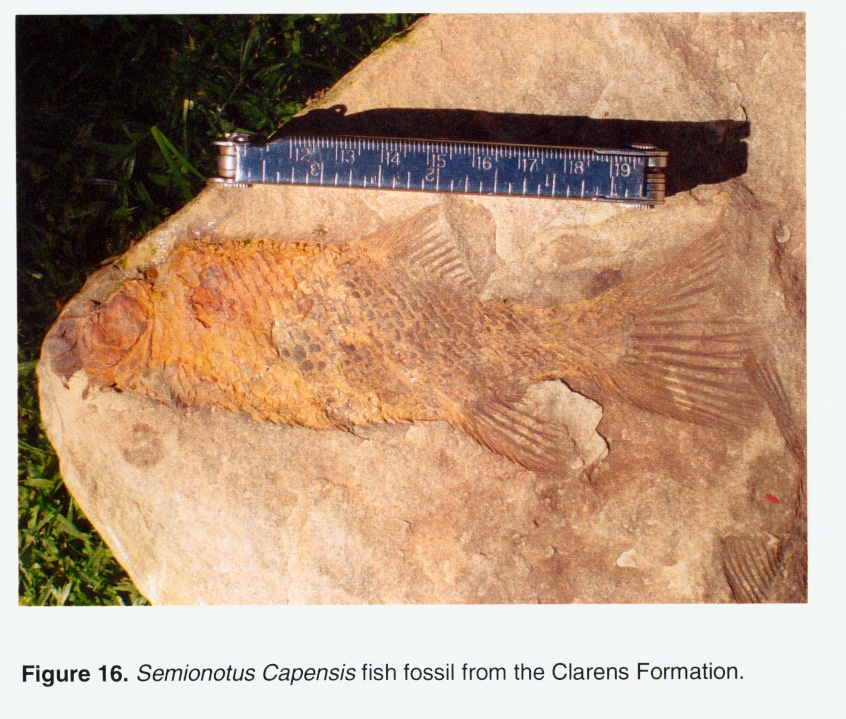 Our beautiful landmark red-gold Eastern Free State cliffs & rock faces were formed when the gigantic sandstone dunes migrated across the arid landscape of the Karoo Basin & so our mountain scenery is filled with fabulous examples of this spectacular array of colouring. 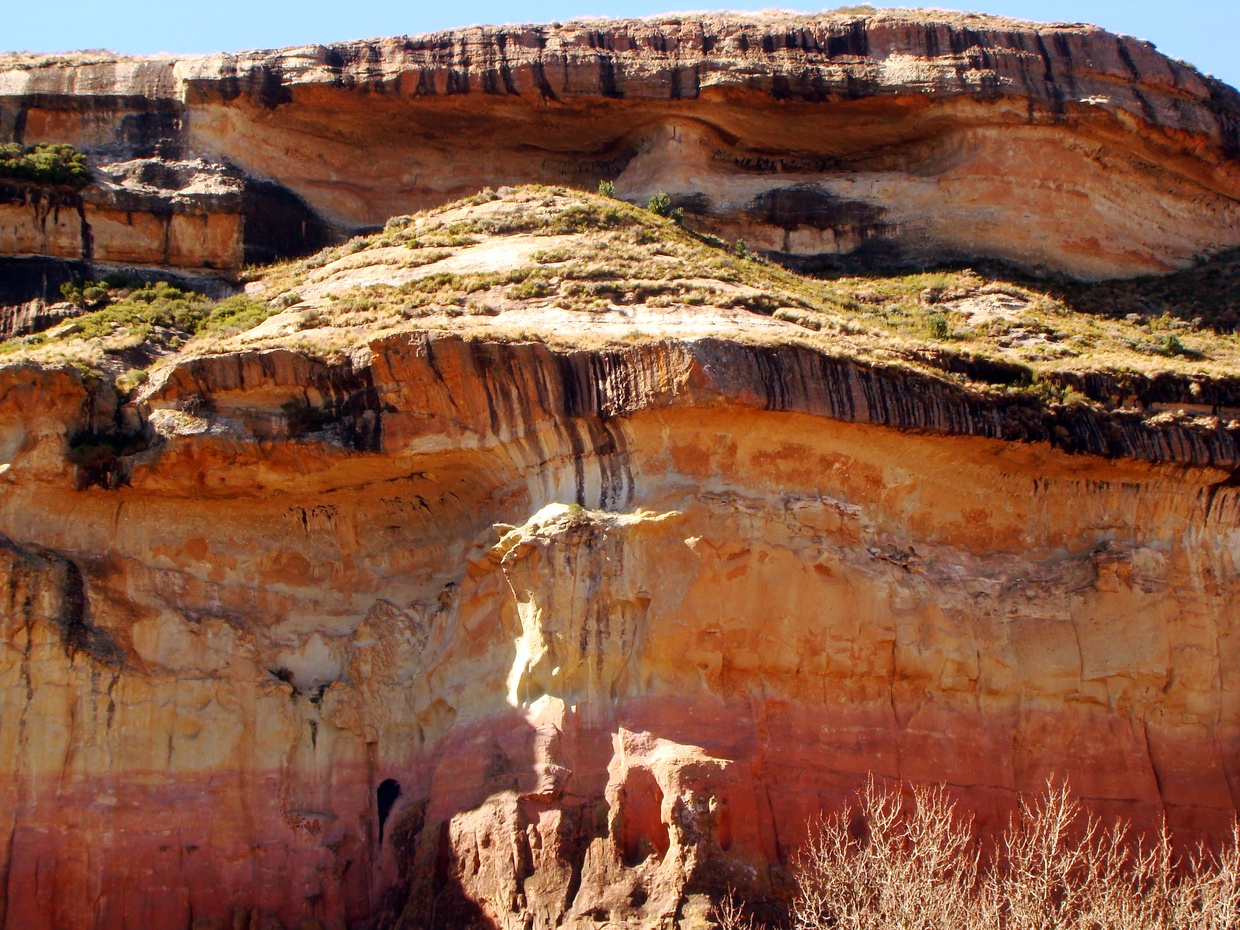